Laser treatment of Verrucae and Warts

What are verrucae and warts?

A Wart, known as a Verruca when occurring on the sole of the foot or on the toes (pleural - Verrucae), is generally a small, rough tumour, typically located on the hands or feet but can be found on other locations, that can take on a cauliflower appearance or that of a solid blister.

Warts are common, and are caused by a viral infection, specifically by the Human Papilloma Virus (HPV) and are contagious by direct contact - i.e. when in contact with the skin of an infected person.

Verrucae and warts can clear up by themselves, however the actual virus can stay in the system for up to two years. The time it takes to clear up is rather individual to the sufferer, tending to stay longer on infants and teenagers.

Verrucae and warts, as well as being high contagious and not looking very nice, can also cause pain and discomfort.

There are a number of effective treatment but nothing achieves the 100% effective mark and the wart or verruca may return.

The laser is used to directly heat the verruca or the wart and destroy the vascular supply of the verruca/wart. The laser also works to denature the DNA of the virus. This denaturing process causes the body recognise the tissue as not being part of the body, and as a result the white blood cells of the body’s immune systems will gradually eat it away.

Verrucae and warts can be removed in one treatment, but it depends on the size and depth of the verruca as well and patient comfort. The procedure is painful but only for a brief amount of time.

For this treatment to be effect, the best laser to use is a long-pulsed Nd:Yag laser of high power. Such a laser delivery is highly absorbed in haemoglobin so will target the vascular supply of the wart and is able to penetrate deep to the source of the verruca or wart. Such a system will also be able to undertake a variety of additional Podiatry and Dermatological treatments. 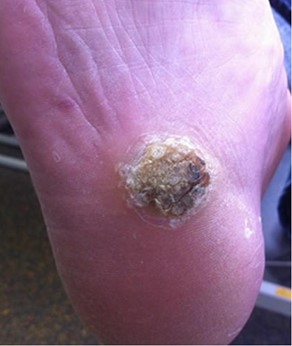 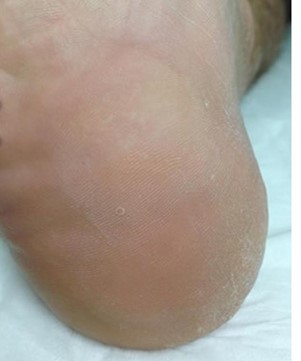